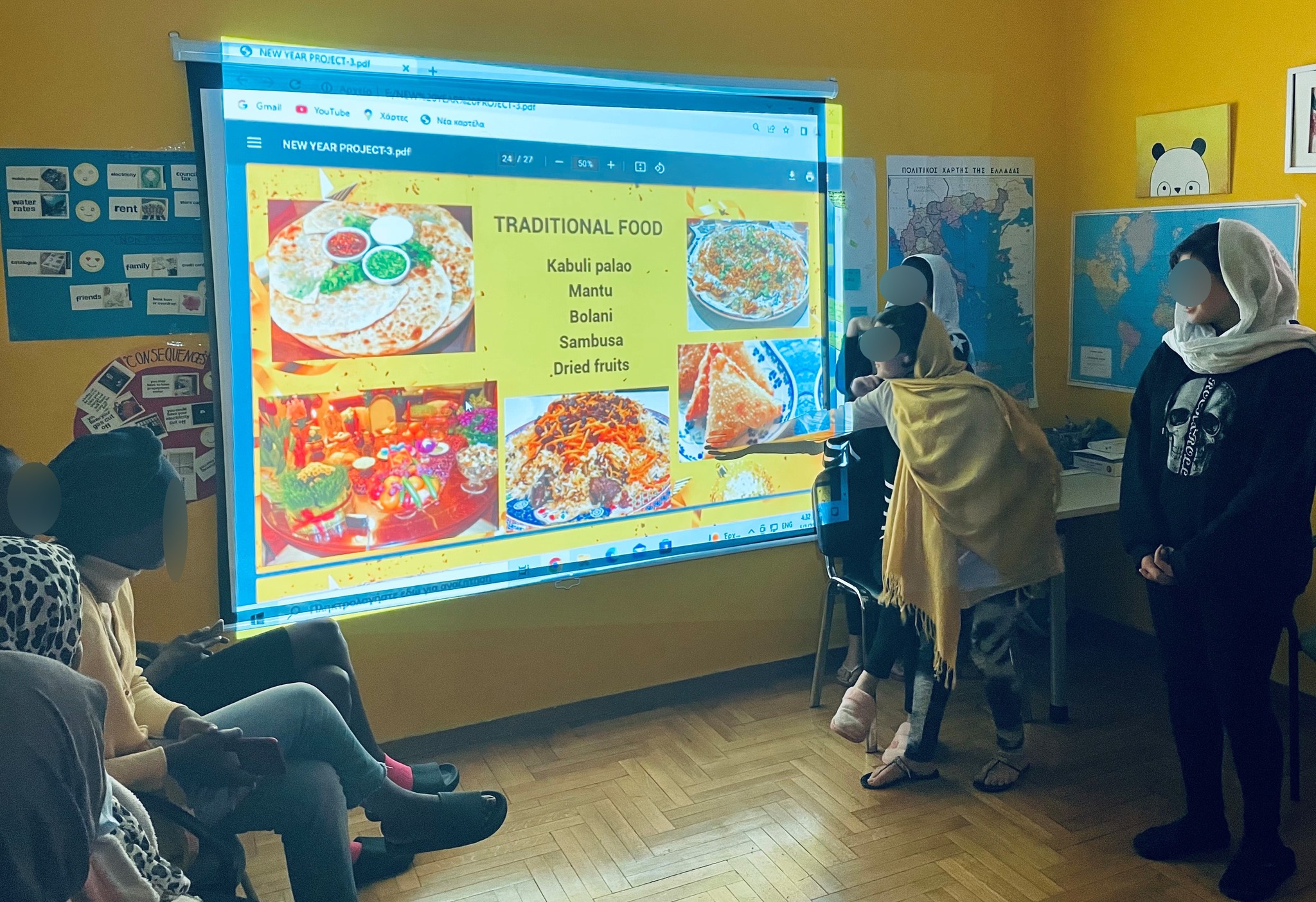 Our job at Zeuxis involves the empowering of the unaccompanied minors in our care, the preparation for their intergration and also their education in everyone's differences, the knowledge of whatever is "foreign" and the recognition of the value of cultures and customs, no matter where they come from. To that end, the beneficiaries of OIKOS split into groups depending on their origins and each team prepared and showcased how they celebrate the arrival of the new year, which customs and traditions are celebrated, and which traditional sweets and dishes are enjoyed in each place. They also showed photographs of the celebrations and the countries.

In that way, they discovered a lot of common ground, as well as differences, which became a catalyst to discuss and learn, and mostly to understand that each culture has their own special characteristics which we respect. We usually focus on Greek customs and traditions during the celebrations of various religious (and non-religious) holidays, but it's important to organise events like this, which focuses on the cultures of our beneficiaries, recognising and honoring their different cultures.

We use cookies on our website. Some of them are essential for the operation of the site, while others help us to improve this site and the user experience (tracking cookies). You can decide for yourself whether you want to allow cookies or not. Please note that if you reject them, you may not be able to use all the functionalities of the site.