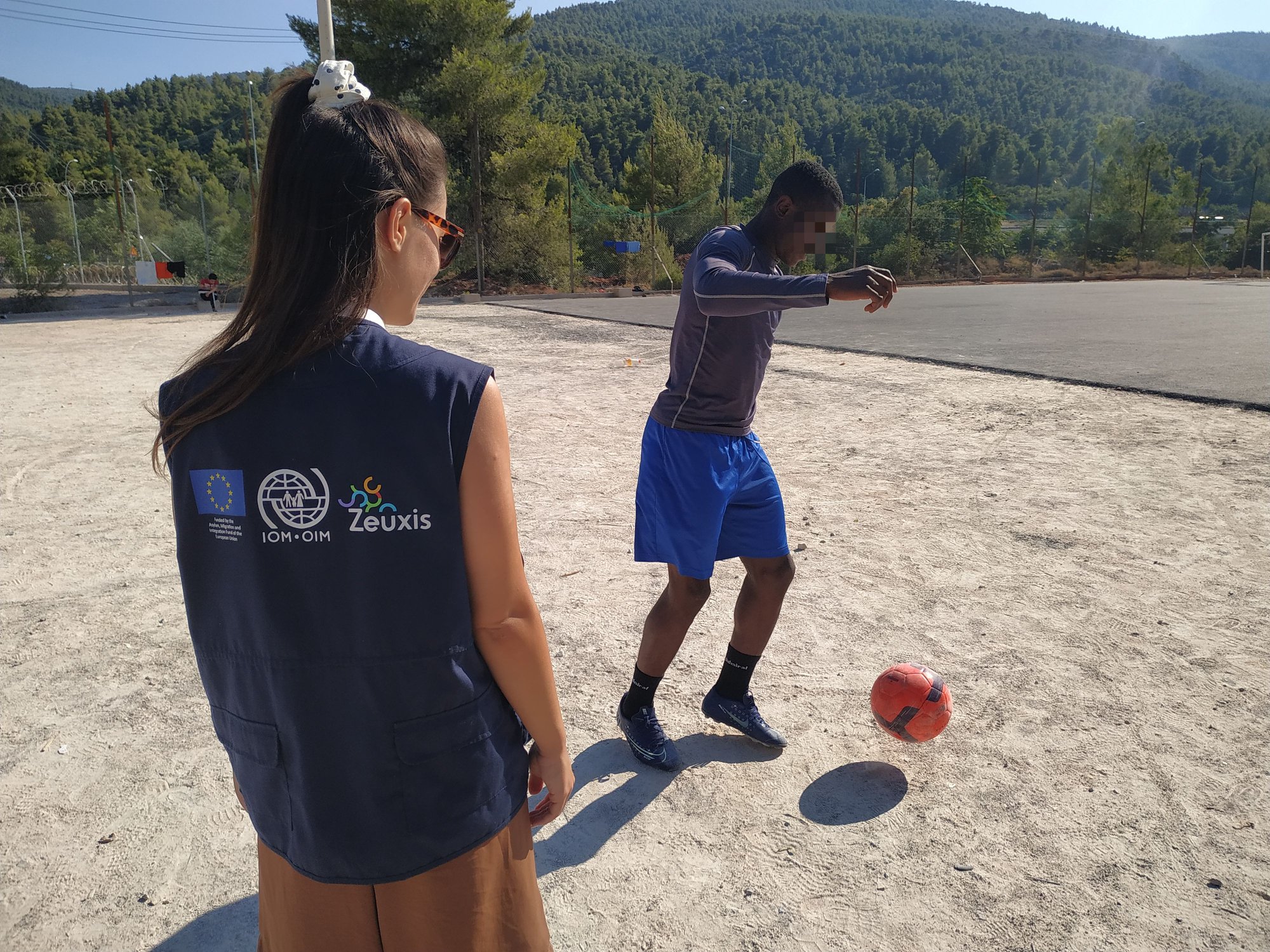 Zeuxis’ mission is to make a real difference in the lives of people in need.
B came to Greece a few months ago. He and his four siblings witnessed his father being killed and then their mother decided to take them away to save their own lives. B was a top student in school, but his great passion was football.

His father’s dream was for B to become a doctor so that he could help other people. Being the first in his class was a way for B to let his father “tolerate” his passion and let him train with a local football club.
After four years of intense training and when B was about to get admitted to the men’s professional team of the club, his mother took him and his siblings and fled the country.
Unfortunately, B was separated from the rest of the family. He believes that they are in another African country but there’s no way of getting in touch with them.
During his stay in Greece, B says he had lost all interest in life feeling desperate and alone. Until one day he came across an open invitation from a Greek football club and took part in the trials. B’s talent was recognized and the team asked him to join them.
B has applied for asylum in Greece but he doesn’t have yet the legal documents that would allow him to get an athlete’s official status so that he can participate in the official games of his team. Nevertheless, his coach is happy to accept him in the daily trainings until he can participate in the games.
The problem was that Malakasa, where B is hosted in the safe area operated by Zeuxis in cooperation with IOM Greece, is far away from Athens, where the training center of the football club is located.
Therefore, the only solution would be to move B to a shelter close to the training center so that he can attend the daily trainings.
Zeuxis’ team contacted EKKA, the National Center of Social Solidarity and the response was positive and speedy. An open space was found in a shelter operated by IOM Greece and B will be transferred there as soon as the relative formalities are conducted.
We hope that B will find his way to fulfill his dreams. We will be next to him to support him!

The Programme “SMS – Supporting the Greek Authorities in Managing the National Reception System for Asylum Seekers and Vulnerable Migrants” is implemented in cooperation with IOM Greece and with support from the Asylum, Migration and Integration Fund of the European Union